In a 20 June West Hawaii Today article detailing plans for a grant recently given to the Humane Society of the United States (HSUS) from from the Snorkel Bob Foundation, Humane Society International Executive Director Teresa Telecky attempted to distance HSUS’s anti-aquarium fishery campaign from other fisheries in the State. The grant, in the amount of $31,650, will be matched by to HSUS and will reportedly be used to fund a new anti-aquarium fishery campaign on the Big Island.

“The campaign has nothing to do with people fishing for human consumption,” Telecky is quoted as saying in the article. “It has to do with people going to a reef, for free, and collecting animals that belong to all the people of Hawaii.”

Given Telecky’s statement, it’s unclear why the campaign is not also targeting recreational and commercial food fisheries. The aquarium fishery in Hawaii is the best studied inshore fishery in the state, and the peer-reviewed, published data indicates it is a sustainable fishery. As Dr. William Walsh, a state aquatic biologist with Division of Aquatic Resource (DAR) in West Hawaii, has told me in the past, if we lack confidence in the sustainability of the aquarium fishery, we better also be looking at the State’s other much larger and less studied fisheries. 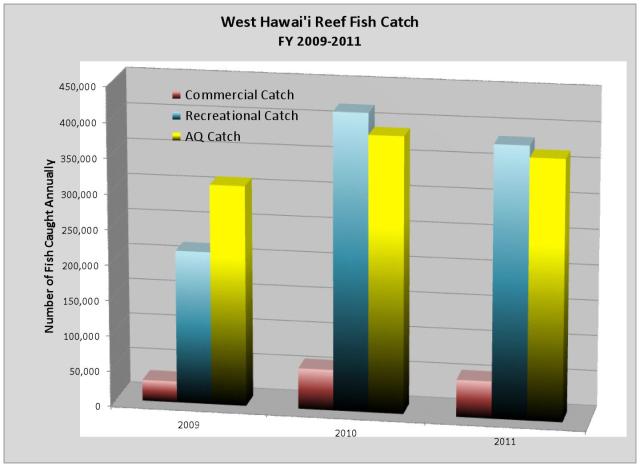 Given this information, it seems inconsistent for HSUS to target the more heavily regulated, better studied aquarium fishery and not also target the recreational fishery.