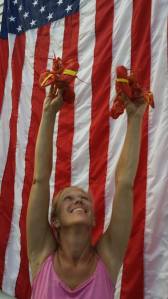 Later this summer, the Environmental Working Group (EWG) plans to raise concerns about mercury levels in lobster within the context of a draft update to federal consumer guidelines for seafood consumption. The draft update to the Food and Drug Administration (FDA) and Environmental Protection Agency (EPA) advice concerning seafood consumption was released earlier this month. Previously, the federal agencies recommended maximum amounts of seafood that pregnant and breastfeeding women, those who might become pregnant, and young children should consume.

The updated advice promotes a minimum amount, and that, according to EWG, could be a problem without changes to the draft advise.

The updated draft advice recommends pregnant women eat at least eight ounces and up to 12 ounces (or two to three servings) per week of a variety of seafood that is lower in mercury in order to support fetal growth and development. While pregnant women eating more seafood can be a very good idea according to the best available science, it’s only a good idea if the net benefits outweigh the risks. At this point EWG doesn’t think the new advice provides adequate guidance on which fish species have both lower mercury and greater nutritional benefits.

“EWG is looking at ways to clearly communicate both the risks and benefits of seafood species, and hopefully convince FDA to give more robust information to consumers about safer choices,” says Sonya Lunder, a senior analyst with EWG.

In a media call today regarding a report by EWG and the Mercury Policy Project on the draft advice, Lunder said lobster is one of several species with “moderate” levels of mercury about which EWG will be raising concerns with the FDA when it presents comments later this summer or early fall. She also mentioned halibut, mahi mahi (dorado), and “any type of tuna steak.” Lunder also stressed the issues surrounding canned tuna, which she said is “a major source of mercury during pregnancy.”

As a Maine resident (and someone who has been covering mercury in seafood more than a little recently), I immediately sat up and took note at the mention of lobster. I followed up with Lunder on why the food item perhaps most synonymous with Maine is one that should possibly be off the table for pregnant women. Here is what she told me:

Regarding lobster – it is in the middle ground for mercury. FDA FAQ page lists it as having 47 ug of mercury per 4 oz serving. Depending on a woman’s bodyweight, this is at or above the recommendation for methylmercury for the entire week. This is obviously a problem if she is also eating one or two additional seafood meals during that period. FDA also lists lobster as containing 200 mg of omega-3 fatty acids, but the recommendation for the week is 1,750 mg. So it would take almost 9 servings to provide the optimal amount of omega-3s. This combination of higher than average mercury and low omega-3s makes lobster a poor choice. Something that doesn’t come across at all in the FDA guidelines.

Lobster is a local seafood option that is rarely considered “a poor choice” anywhere in New England. Put another way, “Them’s fightin’ words!” and I suspect the lobster industry will respond to these concerns over mercury concentrations in lobster with the same vigor the tuna industry has responded to ongoing concerns about mercury and canned tuna.

Hopefully science and the data will prevail, but either way, I’ll be following the story here at www.GoodCatchBlog.com.

Ret Talbot is a freelance writer who covers fisheries at the intersection of science and sustainability. His work has appeared in publications such as National Geographic, Mongabay, Discover Magazine, Ocean Geographic and Coral Magazine. He lives on the coast of Maine with his wife, scientific illustrator Karen Talbot.
View all posts by Ret Talbot →
This entry was posted in Human Health, Lobster Fishery, Maine Fisheries, Mercury, Northeast Fisheries and tagged environmental working group, EPA, fda, federal seafood advice, lobster fishery, mercury in seafood, Mercury Policy Project. Bookmark the permalink.