Shellfish Exemption Bill Advances in US House of Representatives

Posted on 6 September 2016 by Ret Talbot

A bill that would exempt sea cucumbers, sea urchins and certain mollusks from export and import licensing requirements under the Endangered Species Act (ESA) passed out of the U.S. House of Representatives today. H.R.4245 was introduced by Representative Chellie Pingree of Maine in December 2015 and was amended in the House to also exempt squid, octopus and cuttlefish from licensing requirements. Representative Bruce Poliquin of Maine co-sponsored the Bill, which passed under suspension of rules.

The Bill’s proponents argue exempting these animals would eliminate “redundant, time-consuming and costly federal inspection and licensing requirements for certain species that are exported for seafood purposes.” They point out that exemptions already exist for “shellfish,” including oysters, clams, lobsters, and other commonly traded seafood, and that not exempting the echinoderms and mollusks targeted by H.R.4245 unfairly disadvantages fishers, producers and exporters of those species.

“These inspections have resulted in the loss of a highly valuable and highly perishable product,” Representative Pingry told the Good Catch. “There is really no need for sea urchins to be inspected but not shellfish. There isn’t any scientific basis for singling out this species and it just doesn’t make sense.” The Maine sea urchin fishery is historically a boom-bust fishery. While it has ranked as high as the State’s second most lucrative commercial fishery, it ranked just 7th last year with only $4.3 million in total statewide landings. Most of the catch is exported to Southeast Asia. 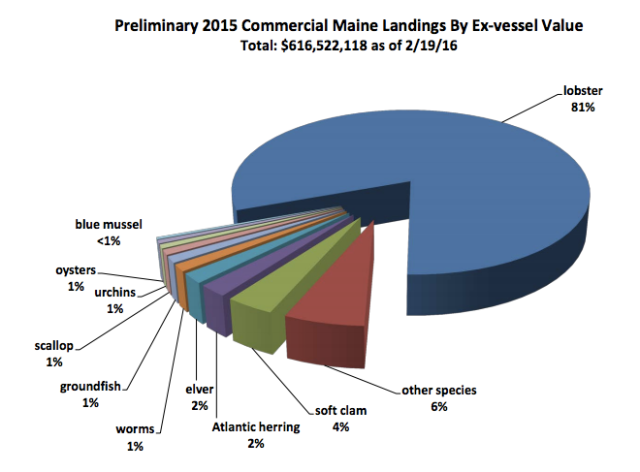 The United States Fish and Wildlife Service (USFWS), which is responsible for implementing licensing requirements under the Endangered Species Act (ESA), opposes the legislation. “The Service does not exempt sea urchins and sea cucumbers from import/export requirements because they are not a shellfish or a fishery product,”ays Laury Parramore of the USFWS Division of Public Affairs. According to USFWS, “shellfish” is defined as “an aquatic invertebrate with a shell” and a “fishery product” is defined as a “dead fish or fish product.”

Central to USFWS’s opposition to the Legislation are concerns about illegal wildlife trafficking. “International wildlife trafficking is a growing concern, and unregulated sea cucumber shipments compound this problem,” says Parramore. “The Service, working with government partners in Mexico and other Central American nations, has identified a highly profitable black market for trans-shipment of sea cucumbers through the United States to Asian markets.”

According to the USFWS, the shellfish exemption is purposefully narrow to discourage smuggling and illegal trade in protected species, invasive species and other wildlife, and to protect the legal trade community. Populations of various species of sea cucumbers are severely overfished, and one species of sea cucumber is currently included on Appendix III of the Convention on International Trade in Endangered Species of Fauna and Flora (CITES). Other species are protected in their countries of origin. Maine’s sea cucumber fishery is a relatively new fishery dependent largely on Asian markets.