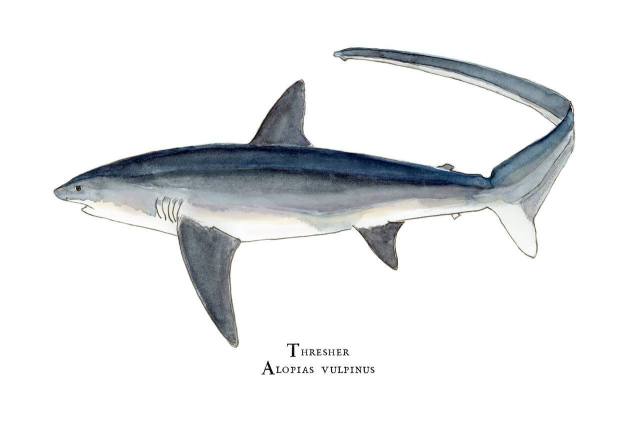 Significant action for marine fishes – by CITES, FAO, the RFMOs and many other organizations – is critical and will depend on a sea change in attitudes by resource managers and policy makers, towards proactive action for their conservation and sustainable use.

Of the roughly 5600 species of animals protected by the Convention on International Trade in Endangered Species of Wild Fauna and Flora (CITES), only 103 are so-called “fishes” from the groups Elasmobranchii (including sharks and rays), Actinopterygii (ray-finned fishes) and Sarcopterygii (lobe-finned fishes). Of these, 16 are listed under Appendix I, and 87 are listed under Appendix II. Appendix I listings are reserved for animals threatened with extinction and for which trade in that species is permitted only in exceptional circumstances. Trade in species on Appendix II is allowed but controlled in order to avoid utilization incompatible with its survival.

The small number of marine fishes protected by CITES is a controversial topic given the increasing awareness of the threats posed by fishing and the trade in fishes and fish-related products, especially marine species. For its part, while CITES included several species of fishes during CoP1 in 1976, the Parties failed to add any additional marine fishes until 2002.

While some question the relevance and applicability of CITES as a tool that can compliment other fisheries management tools, others argue forcibly that using CITES as a tool to insure sustainable fishing is critical. While CITES is not a silver bullet to address overfishing and illegal, unreported and unregulated (IUU) fishing, it has, according to the authors of a paper titled “The role of CITES in the conservation of marine fishes subject to international trade” in the journal Fish and Fisheries, “a significant opportunity to make a contribution to conservation of marine fish species and to complement national fishery management initiatives.”

The five proposals to list marine fish species (plus one proposal to list a freshwater ray) are therefore significant at the 17th meeting of the Conference of the Parties (CoP17) to CITES. Stay tuned for breaking news and full coverage here at the Good Catch Blog, at the Good Catch Blog Facebook page and on Twitter.

Ret Talbot is a freelance writer who covers fisheries at the intersection of science and sustainability. His work has appeared in publications such as National Geographic, Mongabay, Discover Magazine, Ocean Geographic and Coral Magazine. He lives on the coast of Maine with his wife, scientific illustrator Karen Talbot.
View all posts by Ret Talbot →
This entry was posted in CITES, Fishing Industry, IUU Fishing, Overfishing and tagged CITES, Convention on International Trade in Endangered Species of Wild Fauna and Flora, marine fishes, marine species. Bookmark the permalink.