Joe Avary is a reporter with with Cayman 27 in the Cayman Islands, and we’ve been in touch since my Yale Environment 360 story that mentioned coral disease at a popular Grand Cayman dive site published earlier this month.

Last week Joe reported out the story of coral disease at Killer Pillar in a segment for Cayman 27, and I followed up with him to learn a little more about his experience covering coral reefs in the Cayman Islands as both a journalist and a diver.

As a journalist in the Cayman Islands I have covered numerous stories on the health of our coral reefs. They’re among the most beautiful and healthy in the region and economically important as a draw for tourists.

I am also a diver, and I feel that is definitely an advantage when covering marine issues. My coverage of reef damage incidents–like the Carnival Magic anchor incident in August 2014 and the subsequent volunteer reef restoration, and late billionaire Paul Allen’s mega-yacht ‘Tatoosh’ anchor damage incident in January 2016–helped ensure these entities were held accountable through the courts, or at least shamed into contributing to the restoration efforts monetarily. Taking my camera underwater to document these things brings the reef home to those who don’t dive or snorkel and it makes it real to them. 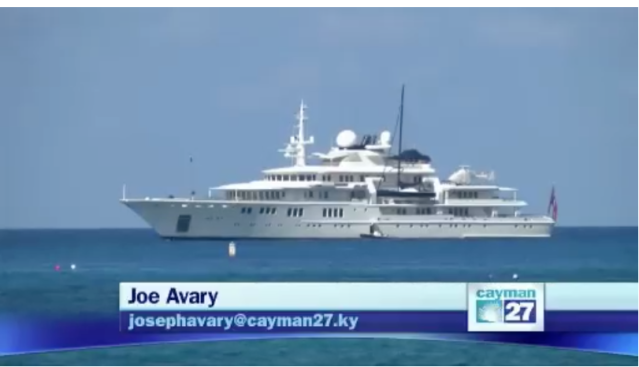 As far as the disease stories go, these maybe get less attention than the big reef damage stories I mentioned before. But I think it’s still important from an environmental perspective because not only are reefs beautiful and a big tourism draw, they actually factor in safeguarding against impacts of hurricanes and major storms. I keep my ear to the ground and if I can highlight any sort of issue in the coral world, I go all in to bring them to the cayman 27 audience.

If you missed it, I followed up my Yale E360 story with a deeper dive into the Killer Pillar disease outbreak story  with the help of Tammi Warrender, a visiting scientist who has been diving with the Department of Environment (DOE) in the Cayman Islands since 2013.

Ret Talbot is a freelance writer who covers fisheries at the intersection of science and sustainability. His work has appeared in publications such as National Geographic, Mongabay, Discover Magazine, Ocean Geographic and Coral Magazine. He lives on the coast of Maine with his wife, scientific illustrator Karen Talbot.
View all posts by Ret Talbot →
This entry was posted in Caribbean, coral and tagged carnival magic, caymen 27, Coral reef, grand cayman, joe avary, killer pillar, tatoosh, yale e360. Bookmark the permalink.