Thank you to all of you who have written notes to see if I’m okay. I am, and I know I’ve been absent from the blogosphere for a couple months.

Summer is a time when my writing productivity usually drops off as a result of keeping up with the farm, hosting houseguests and helping my wife with the Karen Talbot Art Gallery (we’re open weekends until at least the third weekend in October). While I have not published much this summer, I have been hard at work on several big projects, which I look forward to announcing soon. 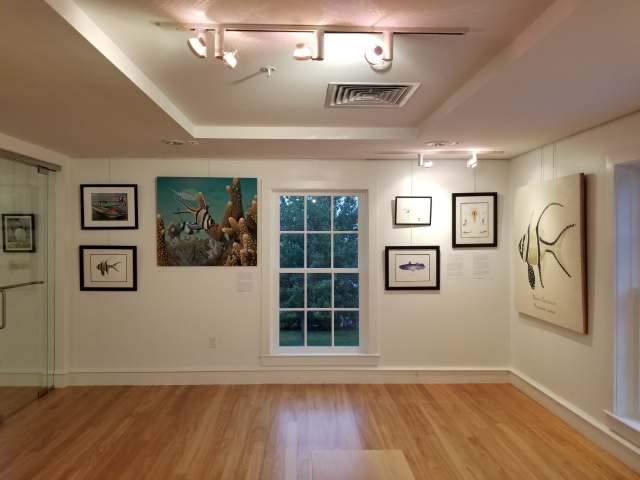 In the interim, if you’re in Rockland, Maine, consider checking out the joint show I currently have up at the Maine Coastal Islands National Wildlife Refuge Visitor’s Center. The show features some of my photography (including a large print of the above coral image) along side the scientific illustrations of the immensely talented Karen Talbot. I’ll also be giving a talk in late October at the visitor center about coral, so stay tuned for that.

Until then, you can find Karen and me either pressing apples here at Three Bird Farm or eDNA sampling for embattled Arctic char in northern Maine.

Ret Talbot is a freelance writer who covers fisheries at the intersection of science and sustainability. His work has appeared in publications such as National Geographic, Mongabay, Discover Magazine, Ocean Geographic and Coral Magazine. He lives on the coast of Maine with his wife, scientific illustrator Karen Talbot.
View all posts by Ret Talbot →
This entry was posted in Uncategorized. Bookmark the permalink.